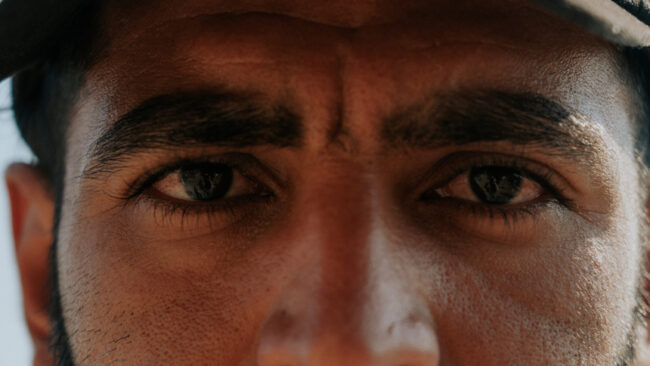 “I have been in Lesvos for 1 year and a half. If there was no war in Syria, I would have never left my country. I left because of the war. I have been held in prison there and I have been beaten so hard, that now I have a blood clot in my head. I have also been exposed to bombardments with chemicals and gun powder.

When I came here in Lesvos, in this new camp I had a heart stroke. As a sick person, I feel that I am going from bad to worse day by day here. There is no difference between the old Moria camp and this camp. The procedures are the same. The system is the same.

Whatever I say, cannot cover everything of what I want to tell you. The European parliament, the European Union, everyone knows what is going on in this shameful camp, but they cannot feel our pain. Whatever we say, will not make any difference.

The night of the fire in Moria camp we were so scared. We did not know where to go. For almost two weeks, we were homeless in the streets. It felt like you were under siege in Syria.There was no water, not even toilet. It was so shameful, but it was not sad. It was shameful for Europe.

The night of the fire I realized that Europe does not have humanity.